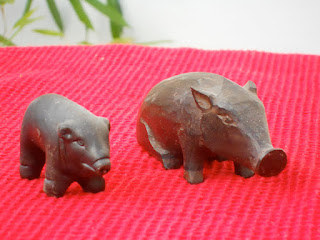 Pig paraphernalia has never been so widely available and as a self-confessed pig lover let me tell you, I’m like a pig in muck.  My obsession began some years ago when I made an unpremeditated purchase in Amsterdam of a cute t-shirt – three pink little piggies and the word “Pigs” emblazoned across the chest.  It’s a bit threadbare now, but it still attracts smiles from other pig lovers on the few occasions that I still wear it. 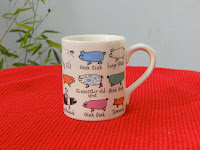 Nowadays I drink my coffee from a pig mug, write reminders in a pig note pad and hang notes from a pig magnet. I’ve got a pig sticker on my laptop and every birthday I’m inundated with pig cards. (Well, okay, I shouldn’t say “inundated” – these days I’m lucky if my birthday is remembered at all). Some people might find the availability of all these pig bits a bit over the top. They might even claim that pigs are hogging all the limelight. But I’m proud to display my solidarity with pigs to all and sundry.
Let’s face it: it’s time these handsome, intelligent and sensitive four trotters took their well earned place alongside the cat and dog as humankind’s favourite companion. A clear indication that life has never been so good for these creatures is their booming population. Take Denmark for instance: there’s a country with more pigs than people.  It must be a pig heaven. You might have heard of how the north European social democracies take care of their citizens from cradle to grave.  Well, it isn’t just the human citizens who gain all of the attention from these enlightened welfare states.  Pigs too have gained rights. Let me explain. 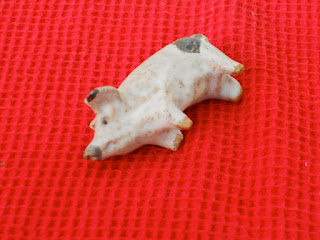 There are radical feminists who would demand the right to reproduce but without the bother of having a male partner. Well, pigs are already ahead on that one. Genetic experts make a careful selection of the best pig sperm and the liberated sow gets it – and free of charge. Near her due date she’ll be given a shot to induce labour at a time of her convenience. And because her fertility is her particular joy, after weaning her piglets, the sow will be given a treatment of hormonal injections, so her natural cycle can be skipped and within three weeks she is ready for another load of scientifically delivered sperm. And without any hanky-panky.
Progressive pigs have broken down the rather feudal chains that once kept them tied to the toils of tiring motherhood. No sooner has today’s sow been empowered by the rich experience of pregnancy and the goddess-like power of birth giving (all with top class scientific care), when state subsidized institutions step in and accept complete social and financial responsibility for the rearing of the newly born piglets. 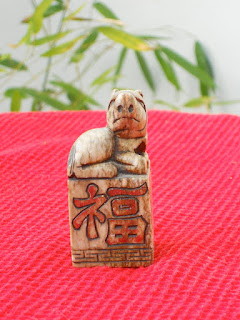 What about heath care and housing you may justly ask.  Never fear. Cardboard boxes and underground stations might be the abode of some of your lesser well off human brothers and sisters, put your average politically astute pig has today garnered a house made of concrete. The days of the huffing and puffing bad wolf are long gone.  Pigs live from birth until death inside warm concrete shelters.  Some conservatives still claim that pigs would be better off outside, in some mucky field or other. But that’s just a load of mishogenist crap.
In the area of heath care pigs are way better off than some tens of millions of US citizens, for they have access to a fully comprehensive array of measures, including dental care, various inoculations and daily doses of vitamins, hormones and antibiotics. In fact, in the USA they consume more antibiotics than humans, even when they’re not sick. No more runny noses or sore throats, lucky things.  Many pigs even engage in cosmetic surgery and get piercings, and free of charge!  But who can spite them a spot of vanity? 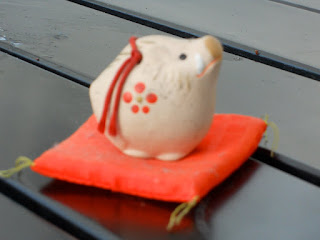 Meanwhile, your average pig enjoys a calorie intact that outdoes that of many citizens of Africa and South Asia.  In a further sign of the high regard that pigs are held, huge numbers of farmers in these poor countries, rather than feeding themselves or their compatriots, instead  export everything they grow to western countries because we need the food to feed our pigs.  And there are no hard feelings about this. 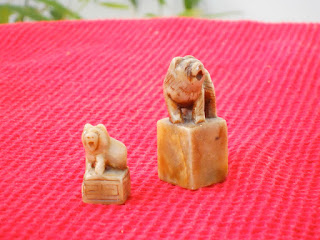 Today’s pig enjoys a lifestyle that would have made the ancient Egyptian pharaohs green with envy.  But has the pig also achieved the right to a death with dignity?  The answer is a resounding “yes”.  The empowerment of the modern pig is total.  When the time has come, and the end is nigh, pigs are sent on one last trip – and carbon miles are no limit. Then, after unloading, they receive top care from highly trained specialists.  Electric prods, stun guns, scalding hot showers are all included in the service, no expense spared.  Then, hooked up by one trotter they are put on a conveyor belt, hanging upside down from the ceiling and a hook cuts their throats and they calmly bleed to death.  I know this isn’t your or my idea of having a good time, but hey, let’s not be anthropocentric about this.  Let’s embrace our differences, after all, we have a diversity of needs, and we have to respect that the pig’s interests differ from our own.  I’ve heard it said again and again, when the pigs are finally hooked up and hanging from the ceiling, they simply squeal with excitement. 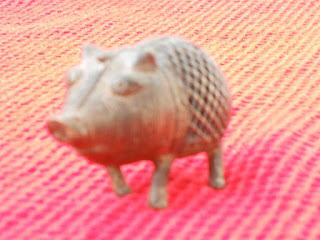 So there you have it. The facts speak for themselves. What I’m telling you is not simply hogwash: from cradle to grave the pig enjoys the best attentions we humans can offer.  The pig population is booming, as is that of the chicken, cow and sheep.  The new fashion for things piggish is simply the exuberant expression of joy that we feel now that we have fully engaged in this feeling of solidarity between two of God’s own creatures.  How we treat pigs today makes me proud to call myself a human.
Posted by P. M. Doolan at Wednesday, March 31, 2010