The Death of Marat 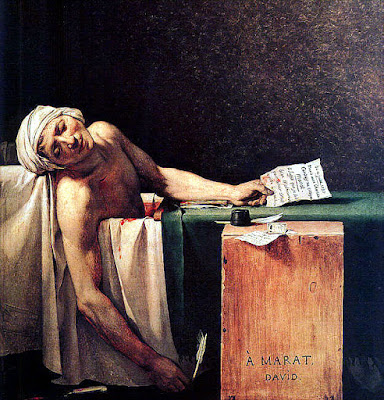 The above painting is world famous, David's The Death of Marat.  It is a fine example of revolutionary iconography - the radical Marat, in death, has become a secular martyr. Some commentators have pointed out the similarity to Michealangelo's Pieta - Marat's serene face and his wounds remind us of the Christ who has died in order to save us.  The note in Marat's hand, given to him by his killer, Charlotte Corday, renforces David's  message that Marat, the revolutionary saint, died in the service of others. 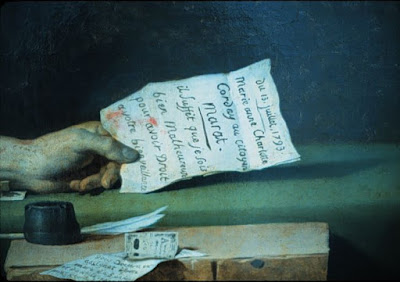 Some years ago, with some students of mine, I decided to try to find the room in Paris where the actual murder of Marat took place. I located the place where Charlotte Corday bought the knife that would become the murder weapon. It was at this spot, in the Palais Royal. (Three of my students served as models.) 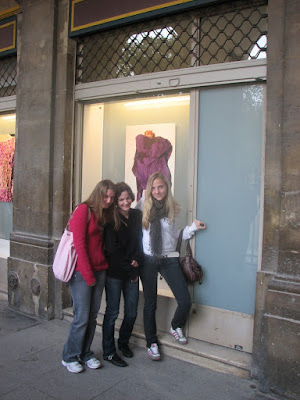 Later we stopped at the building which once housed Marat's newspaper, the notorious The People's Friend , infamous for publishing his calls for more heads of aristocrats.  It looks innocent enough today and gives no outward sign of its past. 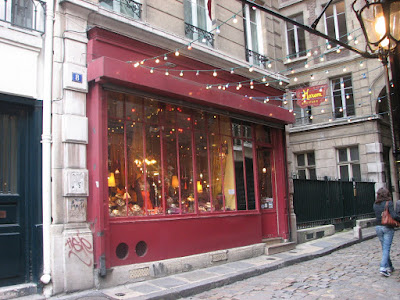 Then we crossed the road to find the site where radical faction, the Cordeliers Club, used to meet in a former church.  It was here that Danton and Marat would meet their comrades. (My friend, the artist Paul Smith served as model.) 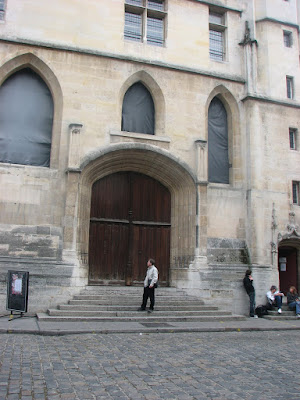 And then, just a few steps further along the former rue de Cordeliers, I pushed open a huge door and entered a courtyard.  It was here that Marat once lived and once died.  I had to wait for a break in the proceedings, but then I entered the space that housed the friend of the people.  And this is what it looks like: 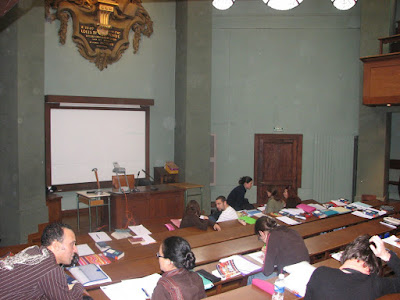 Alas, no bath to be seen - instead, an interactive whiteboard.  No upstairs either, Marat's room has vanished.  But it was at this spot that Charlotte Corday killed Marat in his bath.  He had once been a surgeon, dedicated to saving people's lives.  He died a revolutionary who sent many to their deaths.  Perhaps, therefore, it is not simply ironic, but also just, that the place where he was killed has become a lecture hall of the College of Medicine at the University of Paris.