Life is a long goodbye.  Every teacher knows that. It’s a series of meetings and departures – you come into contact with other lives, you meet a couple of times a week over some years, you explore the world together and share some laughs, maybe some tears, and then you separate. As the great Indian teacher, Siddhartha Guatama discovered, suffering appears when your desires attach themselves to illusions of permanence.  But that’s a hard lesson to accept.  The solution, detachment, seems so cold.

Every year, at this time, I need to detach myself from a group of students who have been with me for some time.  And for the students the time eventually dawns, when they come to school for that very final lesson.  Lessons done, only the exams remain, and then that group of young people will be blown to the four corners of the earth, in all likelihood never to meet again as a group. In my school, yesterday was that final day.  A day of celebration and pranks, happiness and joy, but a day of endings too, which, except for the masters of detachment, comes with a tinge of sadness.
I’m an early arrival in the morning, and yesterday I was greeted by an entrance-way packed with balloons: 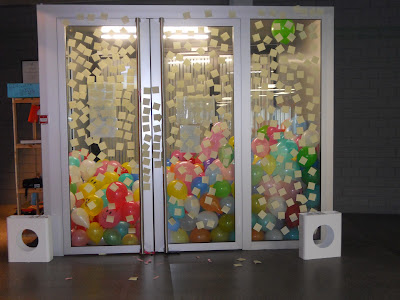 The stairway from the underground car-park had been filled with plastic glasses of water, an impassable barrier to those faculty who insist in spouting CO2 emissions. (You’ve guessed it: I’m a non-driver): 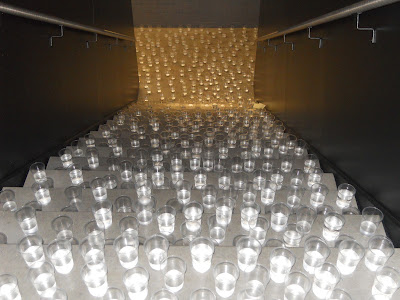 The assistant principal’s office had been wrapped in newspaper: 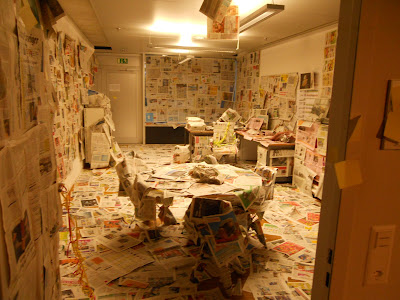 Obviously not a normal day – for the senior students, that last day has come.  And here is my happy group of ten young historians (where is Vincent?), waiting to greet me for the last time.  They don't normally look this happy when class is about to start! 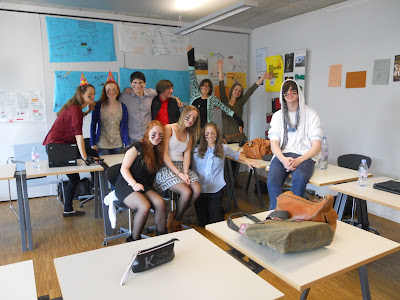 One last time we will compare the ideologies of Maoism, Nazism and Stalinism. Ines, the Spanish ballerina; Michael, ready to apply his Marxist analysis; Nina, already a social worker; Kathleen of the golden voice and Jacopo, my Italian teacher, are eager to start: 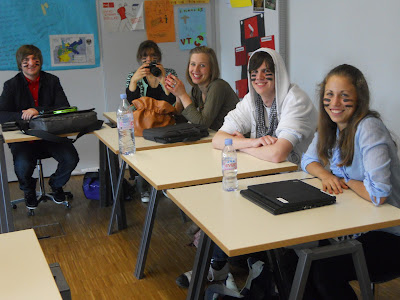 Nicole and Amanda, hard working scholars both (it's true), are doing what they have always done - must be that Mexican and Brazilian blood: 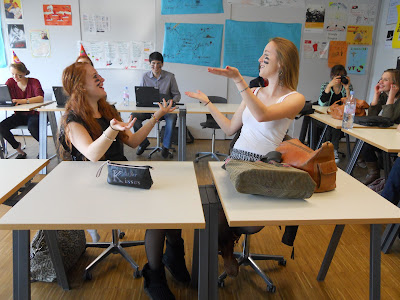 Lara and Grace, happy, despite having missed the Paris trip, are looking particularly graceful in those hats (hey, don't we have a rule ...?) 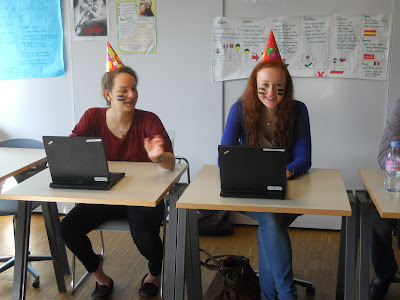 And what is Ika up to with that camera? 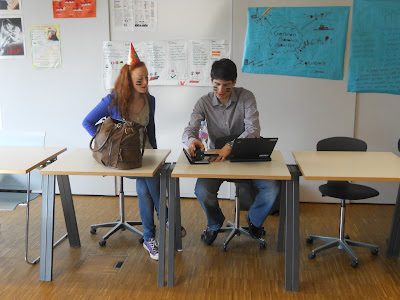 As the day grows on, we meet again - this time its the last last time.  We have lost two members of the class already, but time for another group photo, taken to a Beatles soundtrack - "I've got a Feeling", and Vincent tries a con-Vincing smile. 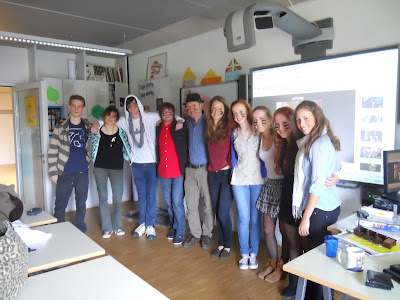 And another photo.  This is not a vulgar gesture.  The two fingers stands for eleven, as in the class of 2011.  And watch out - that's pronounced "Twenty-Eleven" - remember where you heard it first: 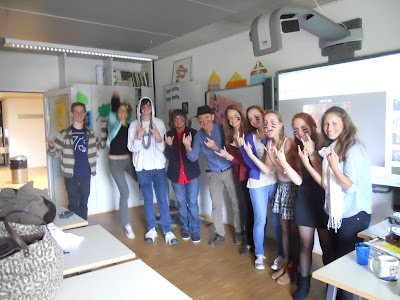 Some are still managing to smile, including a decapitated, but still hooded Michael. He ain't stalling: 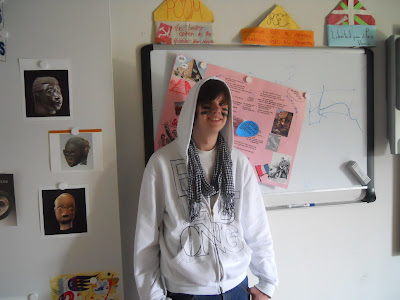 And Spanish eyes, though closed, are still smiling: 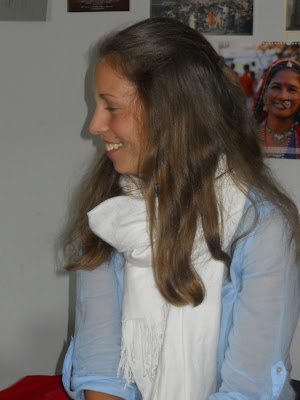 But realization that the clock is relentlessly ticking, brings us to the contemplation of the end that is drawing near. And sadness appears: 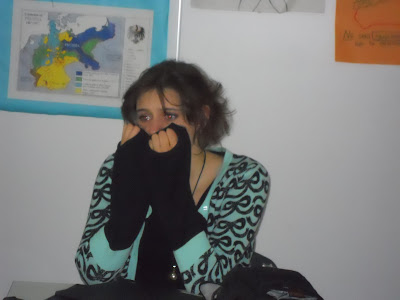 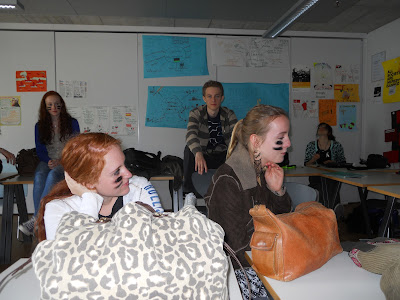 And as the music ends, and our time together in room 206 is about to slip into the kingdom of memory, a sepia light illuminates the room, suffucing our last moments with a sense of the historic: 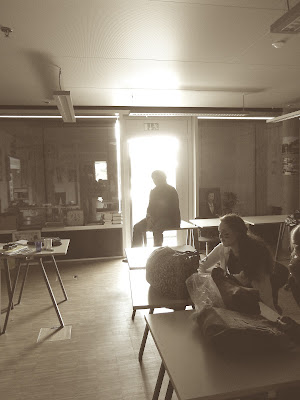 No more walking barefoot in the park; no more research trips to the Andaman islands or presentations on the Napoleon Fish; no more choir room or jokes that go over people's heads; no more Czech mates or Czech marks; no more stopping in the name of love. Can I forget the class of 2011? Well, as Bonaparte nevere said - course I can't.
Posted by P. M. Doolan at Saturday, April 16, 2011

Email ThisBlogThis!Share to TwitterShare to FacebookShare to Pinterest
Labels: Class of 2011