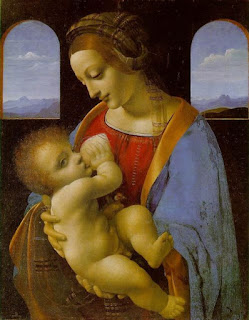 Stories in 2008 of thousands of Chinese infants made ill by contaminated milk powder briefly caught the world’s attention. Yet in 2007 alone, according to the United Nations International Children’s Educational Fund (UNICEF), one and a half million babies died who otherwise might not have done if they had been breastfed: a figure that compares with the number of those murdered at Auschwitz. The ‘bottle versus the breast’ controversy has raged for over a hundred years, but the no less contentious ‘mother versus wet nurse’ debate goes back much further in history.  Whether or not mothers should nurse their own children has been a subject of debate from Ancient Egypt, Greece and Rome through all of modern European history to the present day. In this article I review the arguments that have been presented over the centuries and the way in which fashions have changed.
Read more this article which appeared in History Today magazine.
Posted by P. M. Doolan at Tuesday, December 01, 2009