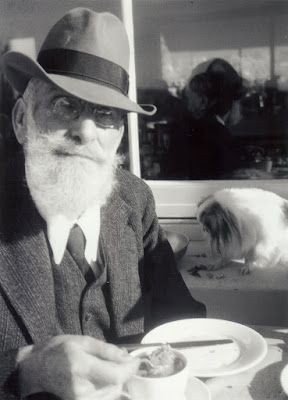 The gentleman above, with the George Bernard Shaw beard, is Doctor Max Bircher-Benner. In the 19th century many middle class Europeans looked with horror at the contemporary world that had been created by industrialisation.  Some turned to socialism or communism to liberate their working class comrades but others sought refuge by attempting to return to nature and live a more natural lifestyle.  Max Bircher was one of the leaders of this life reform movement.  For Bircher, the path to liberation was via the alimentary canal.  In other words, nutrition was the key to a happy, stress-free life. Bircher experimented with a vegetarian lifestyle and eventually, in 1900, came up with the perfect recipe, consisting of grated fruits and a sprinkling of nuts and grains.  He even invented a special grater to prepare his fruit and nuts.  Here is an original one from 1940: 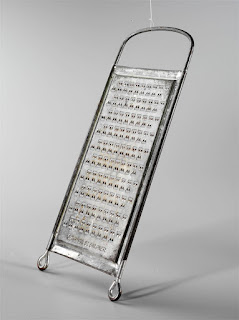 Of course we all recognise the grater. Bircher's invention became literally a household utensil.  But what of his recipe for a healthy living?  That too was a resounding success, and Max Bircher gave his culinary innovation of grated fruit and nuts the name "muesli".  The cereal that graces the breakfast table of many a health conscious household today thereby goes by a name that comes from Swiss German: in Birchner's native land today "muesli" is usually still referred to as "Birchermüesli". 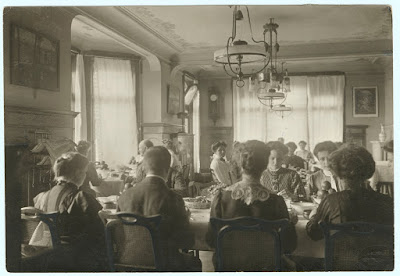 Bircher founded a sanatorium in Zürich in 1904 and called it "Living Force".  The clinic became renowned among the well to do who flocked here in order to acquire rejuvenation of their bodies and sometimes their souls. Among those who enjoyed Doctor Bircher's therapy were the novelists Thomas Mann and Hermann Hesse, the diplomat Sir Stafford Cripps and the violinist Yehudi Menuhin. The clinic continued to be a success after Bircher's death. Under the leadership of his very capable niece, Dagmar Liechti-von Brash, it still attracted patients from among the powerful, like Israeli Prime Minister Golda Meir. 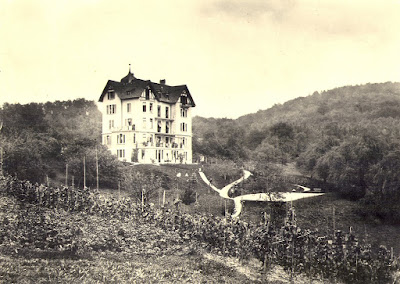 
The Swiss National Museum is currently presenting an exhibition "Magic Mountains: Switzerland as Energy Centre and Sanatorium".  All of the above photographs are displayed at this exhibition and are owned by the Bircher-Brenner-Archive, University of Zürich.

Read more essays on Switzerland in my ebook.
Posted by P. M. Doolan at Thursday, July 08, 2010