The Second Battle of Zürich

On the edge of my village, just a few hundred metres from my house, I stumbled across this commemorative pseudo-Roman pillar a few years ago. 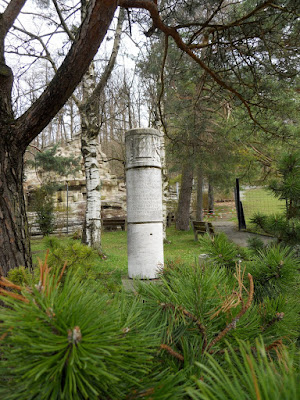 I must have passed it many a time before noticing it. It bears an inscription explaining that this was the scene of a battle during the French-Russian war of 1798-‘99.  When you look close, you can see what appears to be a hat from the French Revolutionary army. 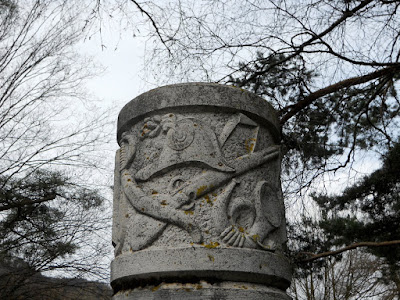 Wow! My first thought was, were the Russians here? In my little leafy Swiss village! Actually the inscription states that the French army was encamped here protecting the Albis Pass during the Second Battle of Zürich. 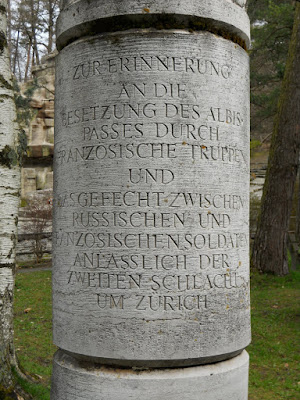 A few weeks after discovering the monument I was teaching the French Revolution and I came across the following in our textbook by Dylan Rees and Duncan Townson: “French forces withdrew from the whole of Italy, except Genoa, as the Russians moved into Switzerland. It appeared that France would be invaded for the first time in six years, but, as had happened before, France was saved by quarrels among the allies. Austria, instead of supporting Russia in Switzerland, sent her best troops north to the Rhine. This allowed the French to move on to the offensive in Switzerland, where the Russians withdrew in the autumn of 1799." The penny dropped and I guessed that the famous Russian retreat led by General Suvarov, one of the most successful in military history, had passed right before my house (well, not literally, since my house is only ten years old). Alas, my guess proved to be not quite accurate, and the truth is a little less spectacular than I had first thought, though only a little.

The 70 year old Suvarov had won one battle after another, chasing the French Revolutionary army out of Central Europe. But political intrigues among the anti-French coalition – the British, Austrians and Russians, meant that the British and Austrians had left the Russians in Northern Italy and Switzerland in the lurch. Zurich had been in the hands of the Russians since June 1799, however a French force remained just across the river Limmat. The French counter attacked in September, placing a force on the outskirts of my village. The Russians need to withdraw over these hills, which I can see from my upstairs window. (The following two photos are taken from my house) 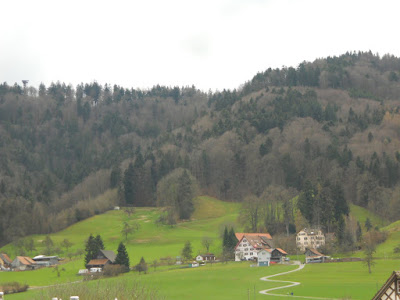 There is one road that winds over the ridge called the Albis Pass. The French were encamped in my village at the foot of the pass.  You can see the road snaking up the hill in this photo. 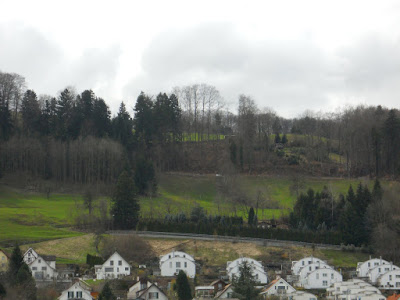 The French, led by the General Massena (he would go on to enjoy a brilliant career under Napoleon) surprised the Russians, and won the day. Suvarov, was hastening from the south towards Zurich, but when he heard of the defeat, he turned and began his retreat over the Alps.  It was already snowing by then, but thanks to incredible endurance he brought his army over the mountains, at what is now the ski resort Elm, to safety in Austrian occupied Chur. If you look very, very closely at this photo of the monument you can see the Alps in the distance (you might need a magnifying glass, but believe me, they are there). 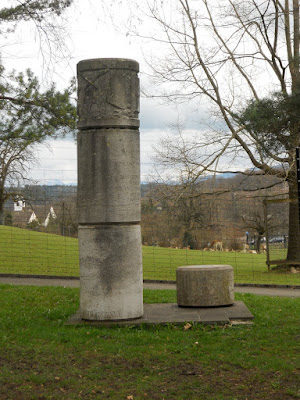 So, the legendary General Suvarov never did quite set foot in front of my house afterall, but still, a little bit of history was played out in my village nestled below the Albis Pass.  The Second Battle of Zurich, fought in September 1799, was fierce with over 8,000 Russian casualties.  Some years ago the remains of nine Russian soldiers were uncovered in a building site in the city. They had lain under a house for two hundred years. Who knows what lies under the ground upon which we walk?
Posted by P. M. Doolan at Sunday, April 04, 2010