By Paul Doolan
This article first appeared in Cream, January/February 2005 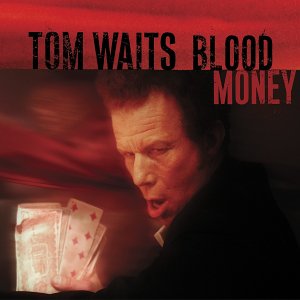 American jazz/blues singer Tom Waits released an album in 2002 called “Blood Money”. The origin of these 13 elegant, haunting songs stretches back in place and time to a little room in Zurich’s Spiegelgasse in the year 1837. Some readers will know that Vladimir Ilych Lenin lived in Zurich until the outbreak of revolution in Russia in 1917. Tourists inevitably trudge along in drovess to Spiegelgasse 14 to stare at the window of what was once the humble abode of the leader of the world’s first Communist state. But turn your head just a few meters to the right, to number 12, and your eyes will come to rest on a plaque that asks us to spare a thought for Georg Büchner who died here, next door to Lenin’s room, in 1837. 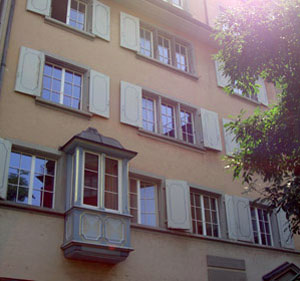 The place where Büchner died, Spiegelgassee 12

Büchner’s is a tragic tale. An idealistic young German student during an age of conservative repression, he wrote a political pamphlet in 1834, “The Hessian Courier” that earned him exile from his native country. He came to Zurich where his intellectual gifts were rewarded with a PhD after he had enraptured the professors with a stunning lecture on the cranial nerves of fish. At the sprightly age of 22 he was given a lectureship in the Natural Sciences at Zurich University. He had completed the writing of two plays, the political inspired Danton’s Death and a romantic comedy called Leonce and Lena, when, in December 1836, he commenced writing what would become his masterpiece, a work that long after his death came to be considered the chief source of the modern European theatre movement. In early February 1837 he was taken ill while still working on his play. It was typhus. His young wife, Louise Wilhelmine Jaegle arrived in Zurich on February 17th. He died in her arms two days later in the room on Spiegelgasse. He was just 23 years old.

Büchner’s papers, including the play that he had still been writing, were put in a box where they remained unread for nearly forty years. Only in the latter half of the 19th century did his unfinished work, Woyzeck, again see the light of day. Three drafts were found, all unfinished, and the ink had faded but the writing was just legible. The deeply pessimistic play - a tale of alienation and paranoia, murder and suicide (after all, this is German expressionism!) - would have to wait until 1913 for its first performance. At last the genius of young Buchner was revealed to the German speaking world. Bertolt Brecht considered the play to be the birth of German Expressionism. Viennese modernist composer Alban Berg used Büchner’s play as the basis for his opera Wozzeck. It was first performed in 1925 in Berlin and quickly became a classic, some would say the masterpiece, of the 20th century repertoire. 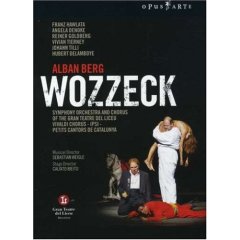 A performance by the Zurich Opera in 1999 with Matthias Goerne singing the title role earned the highest international accolades. In 1979 the movie director Werner Herzog brought out a much criticised film version of the drama, staring Klaus Kinski in the eponymous role. In the 21st century Büchner’s legacy continued to grow when American avant-garde opera and music theatre director Robert Wilson staged a version of Woyzeck in Copenhagen. It was performed in Danish but the songs were sung in English and had been written by Tom Waits and Kathleen Brennan. Now we can buy the album and hear how Waits’ Weimaresque tunes reflect Büchner’s dark inspiration.

Büchner was buried in a graveyard where the present day Kunsthaus stands. Later he was reburied, on the Zurichberg, just a few meters to the left of the Rigi Blick cogwheel station. He rests there in a lonely railed off grave far from Zurich’s other deceased. 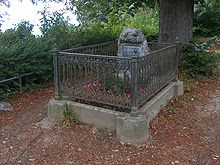 Today we feel almost safe paying homage to Lenin’s ghost, but let us consign him, together with the other great totalitarian fossils, to the Museum of Modern European Horrors. In the meantime, like any great work of literature, the words that Buchner once penned stretch outward in ever extending lines, their strangeness inspiring and provoking. Let us amend our guided tours to the Spiegelgasse and stop for a moment instead at number 12.

Read more essays on Switzerland in my ebook.
Posted by P. M. Doolan at Sunday, November 08, 2009