Education for the 21st Century: a bad case of presentism 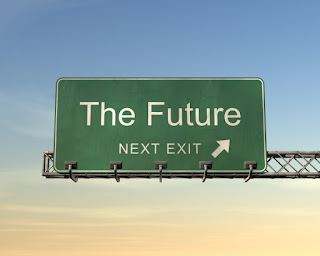 by Paul Doolan
I continually hear calls from education experts who repeat the mantras that good teachers are “teaching for the future” and preparing students “for the 21st century”, (which by and by, started nearly a decade ago). I am amazed at the confidence that is projected when they speak about the future. I was under the impression that a characteristic of the future is, and always will be, that its nature is hidden from us mortals. A future that is known is located already in the present, in the mind of the knower, and, paradoxically therefore, cannot be the future. Educating for the future, it seems to me, would mean educating for the unknown.

But instead, I find those who are already preparing students for the rigors and challenges of the 21st century, to be supremely confident regarding what the future will look like. And it looks suspiciously like the present, just a lot more of it – more sexy technology, more electronic instant communication, more miniaturization, more multitasking, more mobility. But this type of future oriented thinking simply betrays an obsession with the present – what I call “presentism”. I doubt very much if the future will be the present writ large.

The past record would indicate that futures generally spring one or two surprises, some of them benign and some of them nasty. Futurologists of the 2nd century AD might have shared a concern for the increasing costs of defending the frontiers of the mighty Roman Empire, but none could have predicted that within a century a small Jewish sect called Christians will have taken over the empire from within; a century ago no one was predicting the collapse of the Chinese, Ottoman, Austro-Hungarian, German, or Russian Empires and the birth of fascist and communist states, yet this all happened within a decade. And more recently, as a friend of mine pointed out, it was investments - or misadventures - in "futures" that led to the recent Credit Crunch.

We should avoid the pretense that we are equipping students with the skills that they will need for the 21st century. We have no idea what they will need. Perhaps a dexterous thumb for using their iPhone while they scan reams of electronic text is what will be needed. Or perhaps the ability to build a raft and use an AK-47? We don’t know, and we should stop pretending that we do.
Posted by P. M. Doolan at Sunday, November 22, 2009

Email ThisBlogThis!Share to TwitterShare to FacebookShare to Pinterest
Labels: Education